Join us at the Haunted Hangar at Russ McDonald Field in Heber City on October 30.  See the ghostly apparitions of notable aviators from the past - Meet lost souls from WWI and WWII and learn about aviation history. 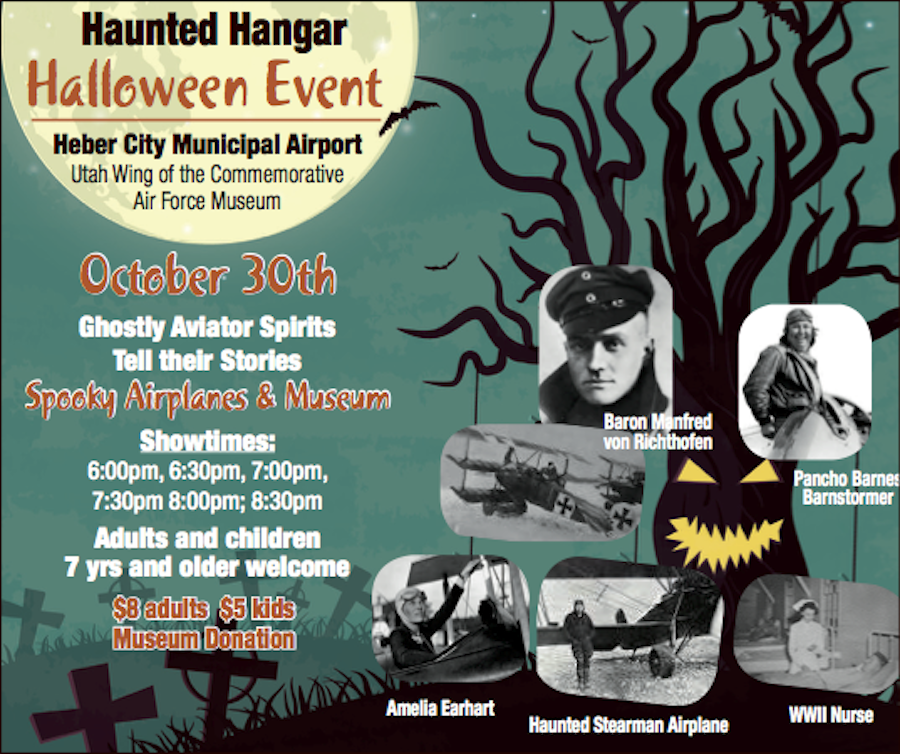 If you’ve ever wanted to meet the Red Baron or Amelia Earhart … then this event is for you.  Join us from 6:00-9:00pm, Friday, October 30th for a Haunted Hangar Halloween event at the Heber City Airport.
​
Six ghostly aviator spirits will appear to tell their stories including                                                   Showtimes:  6:00pm, 6:30pm, 7:00pm, 7:30pm, 8:00pm, 8:30pm.
This event is sponsored by the all-volunteer Utah Wing of the Commemorative Air Force (CAF) Museum.  Established in 2009, the museum is dedicated to the restoration, preservation, and demonstration of the magnificent aircraft that dominated the skies during World War II and to honor the courageous veterans who risked all to preserve our freedom.  Our fleet of historic warbirds is known as The Ghost Squadron.  All proceeds go toward the upkeep of the museum and keeping the warbirds in top flying condition.