Women Who Served During WWII

After the attack on Pearl Harbor in 1941, the government encouraged women to enter the workforce to fill both industrial and service jobs vacated by men who went off to war. When their country needed them the most, housewives and mothers were eager to support the war effort. They served in every branch of the military with enthusiasm, efficiency, and with a minimum of fanfare. 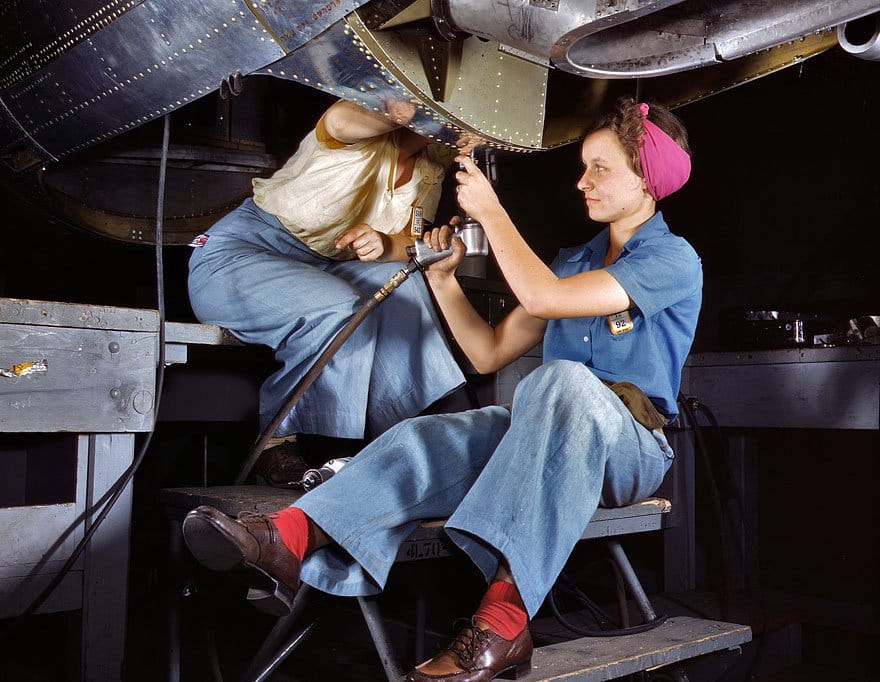 Rosie the Riveter — a cultural icon of WWII
By 1944 twenty million women were serving their country as welders and riveters and in non-factory positions. (Women had already served in this capacity during WWI.)

The term “Rosie the Riveter” was first used in 1942 in a song written by Redd Evans and John Jacob Loeb. The song portrays ‘Rosie’ as a tireless assembly line worker doing her part to help the American war effort. The woman who inspired the song was Rosalind P. Walter who built F4U Corsair fighters.   Most “Rosies” were housewives; many were mothers. Women with children at home pooled together in their efforts to raise their families — sharing housing, babysitting, and everyday chores.